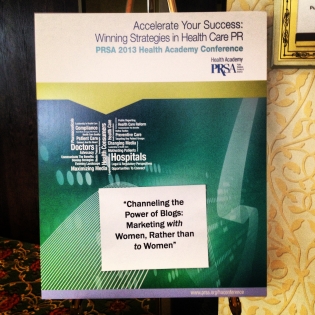 I had a blast today attending and serving as a speaker at the PRSA Health Academy. It is always rewarding to meet other healthcare communicators and marketing professionals and to reconnect with old friends. My friend and editor Jessica Levco from Ragan Communications sat in on my session and that was such a nice surprise. It was great to have her tweeting throughout my talk. Thanks Jessica. I also got to meet Stephanie Hungerford of Core Creative who I’ve only known through social media until today. My presentation seemed very well received by the audience and they had lots of questions – usually a good sign.

But today didn’t turn out the way I expected.

Here’s my story: Last night I had dinner with my co-presenter, Tim Brennan. Being the ever-gracious guy that he is, Tim let me select the restaurant. I chose the Slippery Noodle because I had read that it is the oldest establishment of its type in Indiana. Who could resist that? It is a landmark. So we had dinner at the Slippery Noodle and ate outside, enjoying the beautiful spring weather in Indianapolis. As someone who eats occasionally at bars and pubs, I know how to order. So, I ordered nachos for my meal. Simple. Delicious. You can’t go wrong with nachos. Tim, on the other hand, started with french onion soup and ordered the fried shrimp plate as his entree. Call me crazy, but fried shrimp from a pub in Indianapolis just doesn’t make sense. (You know where this story is going.)

At 7am (day of presentation) I got a text from Tim saying that he had food poisoning and had been violently ill since 3am. I immediately headed out to the local CVS to pick up some Pedialyte and some anti-nausea medication. I delivered those to Tim’s room and had him sign a HIPAA release so I could write this blog post (kidding). It was clear to both Tim and myself that he was not going to be in any kind of shape to present at 1:45pm based on the way he was feeling at 8am. Despite my best efforts to nurse him back to health, and the great service by the Omni Severin Hotel (brought him chicken broth and dispensed helpful advice), Tim was not ready for prime time when the appointed hour arrived. So, I went on without him and shared this story with the audience. I’m sure he could feel their compassion, even though he was back in his hotel room. Tim, they missed you and felt very bad that you were suffering through food poisoning.

Amazingly, even without Tim, I managed to keep the audience engaged. But it was not the same without him. So Tim, consider this blog post as one big shout out! There will be other conferences and other presentations. The important lesson here is to not order fried shrimp in the oldest bar in Indiana. Who knows, that shrimp may have been equally ancient. It may have been original to the establishment. I would also recommend not ordering shrimp when there are clearly no bodies of water nearby. Just sayin’.

As I mentioned, I was fortunate to have a few Twitter users in the crowd who were kind enough to tweet during my session. Here are some of their tweets (click on them to enlarge): 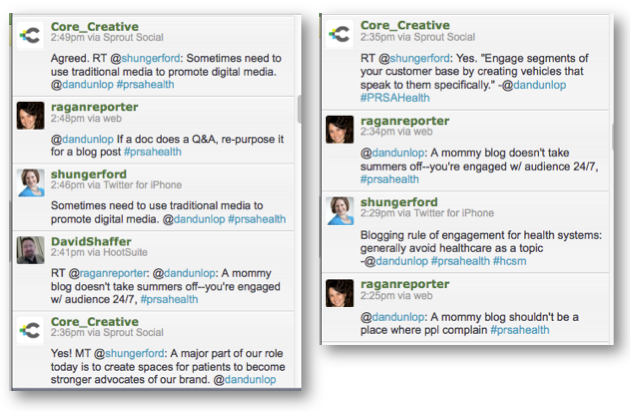 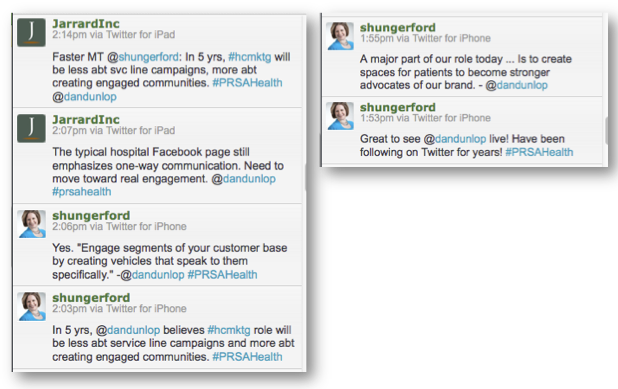 0 comments on “A Day at the PRSA Health Academy: Shrimp, Blogs & Healthcare PR”